While SUVs continue to dominate the market, the mid-size sedan still has its place among shoppers. The Mazda 6 has not seen many changes since this latest generation was introduced in 2014. It does feature, however, a few styling tweaks, a new G-Vectoring control system, and a few more gadgets to play with.

Engine – The Mazda6 is one of the few cars on the market that is not available with an optional V6 engine or a turbocharged 4-cylinder. The only engine choice is a 2.5L naturally aspirated 4-cylinder delivering 184hp and 185 lb-ft of torque. While it’s figures on paper are lower than some competitors, it is extremely responsive and doesn’t feel sluggish when you ask it to pull the 1,500kg body out of a corner. For a majority of buyers, the 2.5L Skyactiv engine is more than adequate but it’s starting to show its age as the competition is coming out with more powerful 4-cylinder engines and also more powerful turbocharged or 6-cylinder engine options.

Braking – The brakes on the 2017 Mazda6 are very good for this type of car. The pedal is firm but still easy to modulate. One feature that this Mazda has that the competition doesn’t, is the i-ELOOP regenerative braking system. It’s not a hybrid but during braking, the energy that would otherwise go to waste, gets harnessed and used for the car’s electrical system. Unlike hybrids, this system is unnoticeable when it does harness electricity.

Handling – This being “the sporty one” among its competitors, the Mazda6 continues to be a fun and engaging drive on a gloomy Monday morning commute to work. Precise steering with a balanced feel of not too heavy or not too light, make the a Mazda stand out. For 2017, a G-Vectoring control system has been developed which takes into account the steering, braking, and throttle input to control the engine’s torque output not only around corners but also in a straight line. The idea being that it reduced driver input when driving in a straight line thus reducing fatigue and also making the car feel more stable around corners thus giving the driver more confidence.

Transmission – This is an area where the 2017 Mazda6 is falling behind. The 6-speed automatic is good. It’s smooth and, for an automatic, responsive. But majority of the competition has moved away from a 6-speed and offers 7,8, or even 9-speed automatic transmissions that provide better fuel economy. However this is one of the last few mid-size sedans on the market that is still available with a 6-speed manual transmission.

Ride Comfort – Although the Mazda6 is trying hard to be sporty, it’s not uncomfortable at all when you drive over a bump in the road. The suspension soaks up road imperfections with ease and the creamy white leather seats provide excellent comfort.

Noise, Vibration, & Harshness – For the most part NVH is subdued in the Mazda. Engine noise doesn’t intrude into the cabin until after 3500 rpms and wind & tire noise is kept to a minimum. However one piece of interior trim would continuously aggravate me and that was the center console lid. I like to rest my right arm on the center console which is covered in leather (which is fine) but where it meets the rest of the center console, there is a leather to leather contact and the littlest of movements causes leather on leather squeaking.

Interior Design – For a car that’s almost 4 years old now without any major redesign, the 2017 Mazda6 still has a fresh looking interior. The only big change is the position of the infotainment display which makes it look like it’s coming out of the dashboard but it’s a stationary unit. The rest of the cabin is covered in leather and materials that feel like premium products.

Gadgets – Electronic gadgets and gizmos is another area where the Mazda6 falls a bit short in the segment. While it is available with radar guided cruise control, lane keep assist, blind spot monitor, a heads up display, automatic braking, and so on, it is not available with convenience features such as a 360 degree camera system or ventilated seats or even a heated steering wheel that heats the entire wheel rather than just the 9 and 3 positions. Apart from those little niggles, the Mazda6 can be very well equipped for about $40,000 CAD.

Exterior Design – The Kodo design language of current Mazda models is probably one of the most pleasing to the eyes of a lot of people. Half a decade on and it still looks good. The 2017 design sees a few subtle changes such as the LED strip that connects the headlights, redesigned LED taillights, and redesigned LED daytime running lights. A nice subtle design but more likely than not, the next Mazda6 will probably follow in the footsteps of the current 2017 Mazda CX-5 and feature the new and much more aggressive front fascia.

Overall the Mazda6 remains as the sporty option in the mid-size car category but it’s starting to show its age with features and tech that it’s missing but the competition has.

Thank you to Mazda Canada for providing the vehicle. www.Mazda.ca 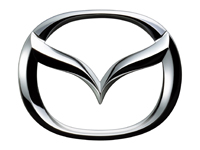