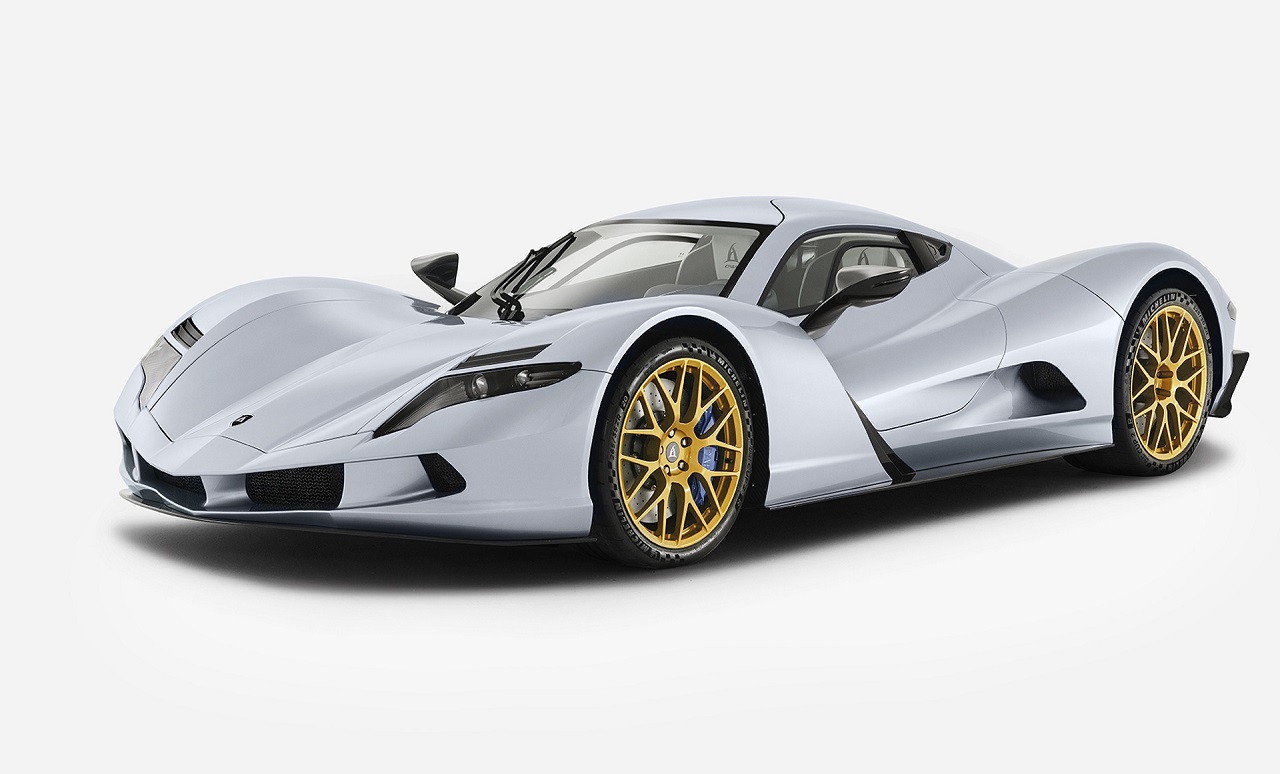 Debuted at the Dubai Auto Show, the Aspark Owl is set to take on the next generation of full electric hypercars like the Lotus Evija, Pininfarina Battista, and Rimac C_Two. The Owl will try to get the upper hand on the competition by utilizing four electric motors that can deliver a combined output of 2,012 horsepower and 1,475 lb-ft of torque. With that much power, the 0-60 mph sprint is claimed to be a blistering 1.69 seconds. That’s from a stop to most highway speed limits in less time than it took you to read this sentence. Top speed is a claimed 248 mph (399 km/h).

The Aspark Owl achieves this through an 800-volt, 64-kilowatt lithium-ion battery pack. Aspark also claim a range of 280 miles (450 km) but that remains to be seen as most performance electric vehicles are usually driven quite aggressively.

Carbon fiber is extensively used throughout the chassis and body of the Owl but despite the exotic material, batteries still weigh a lot. As a result, the hypercar tips the scales at 4,188 lbs (1,899 kg).

Just 50 examples of the Aspark Owl will be made and if you want one, you’re in luck because build slots are still available. Just make sure you have $3.2 Million USD in the bank account.