The “it” car of the year is finally available to the public. So let’s just dive right into it.

Disclaimer: I did not get a lot of time with this vehicle so this is a short review. A more detailed review will come at a later date. 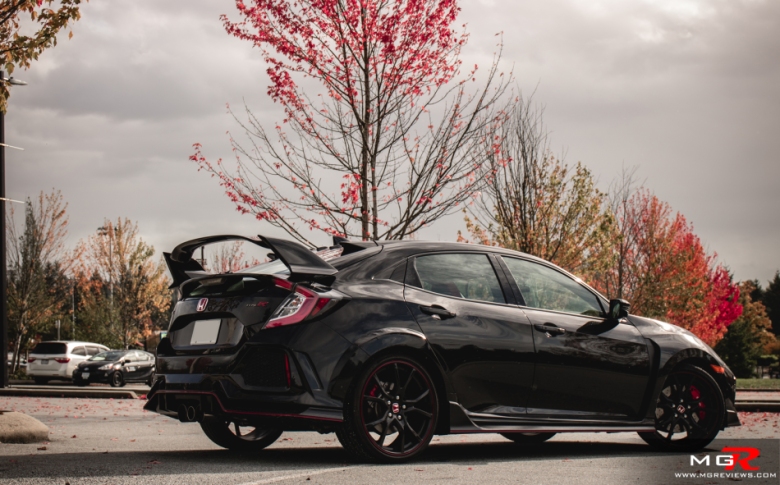 305 hp, 295 lb-ft of torque, and front wheel drive should be a recipe for endless wheelspin and torque steer. But by using maths and science, Honda’s engineers managed to subdue a large chunk of those unwanted FWD characteristics. In a straight line there is wheel spin when accelerating from a stop but once the Type-R is moving, by second gear the low profile tires grip and eliminate wheelspin. Torque steer (that’s when the torque of the engine tugs on the steering wheel) can still be felt a tiny bit in lower gears under full throttle applications but the new Dual-axis front struts do a great job of eliminating a large chunk of unwanted steering wheel tug. These new Dual-axis front struts also provide excellent front end grip and response as well as a confidence inspiring planted feeling that allows you to push harder when going into a corner. 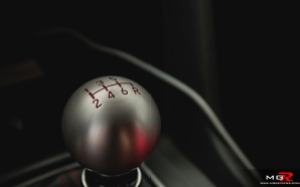 The 2.0L VTEC engine under the hood is turbocharged and develops more power than the first generation NSX supercar. It doesn’t rev to 8,000+ rpms like Honda’s of the late 90’s but the torque more than makes up for it. It does have a bit of turbo lag but once the power comes in, it feels like a wave sweeping you off your feet in an ocean. Putting the power down gets managed by a slick shifting 6-speed manual and a limited slip differential. It’s nice to see that a car manufacturer still understands that a traditional manual is still the best way to have fun in a sports car. Stopping is just as equally as impressive thanks to the large Brembo calipers and discs.

Those red bucket seats look uncomfortable for daily driving. But in reality they are one of, if not, the most comfortable bucket seats available in a vehicle. They provide plenty of support when you’re trying to achieve high G-forces but are also supportive and plush when stuck in bumper-to-bumper traffic. The rear seats are just normal bench seats from the standard Honda Civic but for some reason Honda decided to ditch the center seat and replace it with two cup holders. Because of course the drinks won’t spill when going quickly around a corner…

The rest of the interior looks pretty much just like any other Civic but the Type-R loses the heated seats and heated steering wheel functions. The infotainment system is just like that found in any other current Honda product however it’s missing the all important volume knob.

The Honda Civic Type-R looks like it’s already had a teenager fit every piece of body kit available from a tuning magazine. While the exterior design of the Type-R is not to everybody’s tastes, it does appeal to the inner 9 year old. I personally like the large spoiler, the big & fake air intakes in the front and back, and even the Ferrari F40 inspired tailpipe.

With a Nurburgring record that is within a second of a 997 generation Porsche GT3 RS, the 2017 Honda Civic Type-R is not only a track monster but also a very livable day-to-day car. But good luck finding one for the $41,000 CAD MSRP starting price. At least for now…

Thank you to the owner for providing the vehicle.