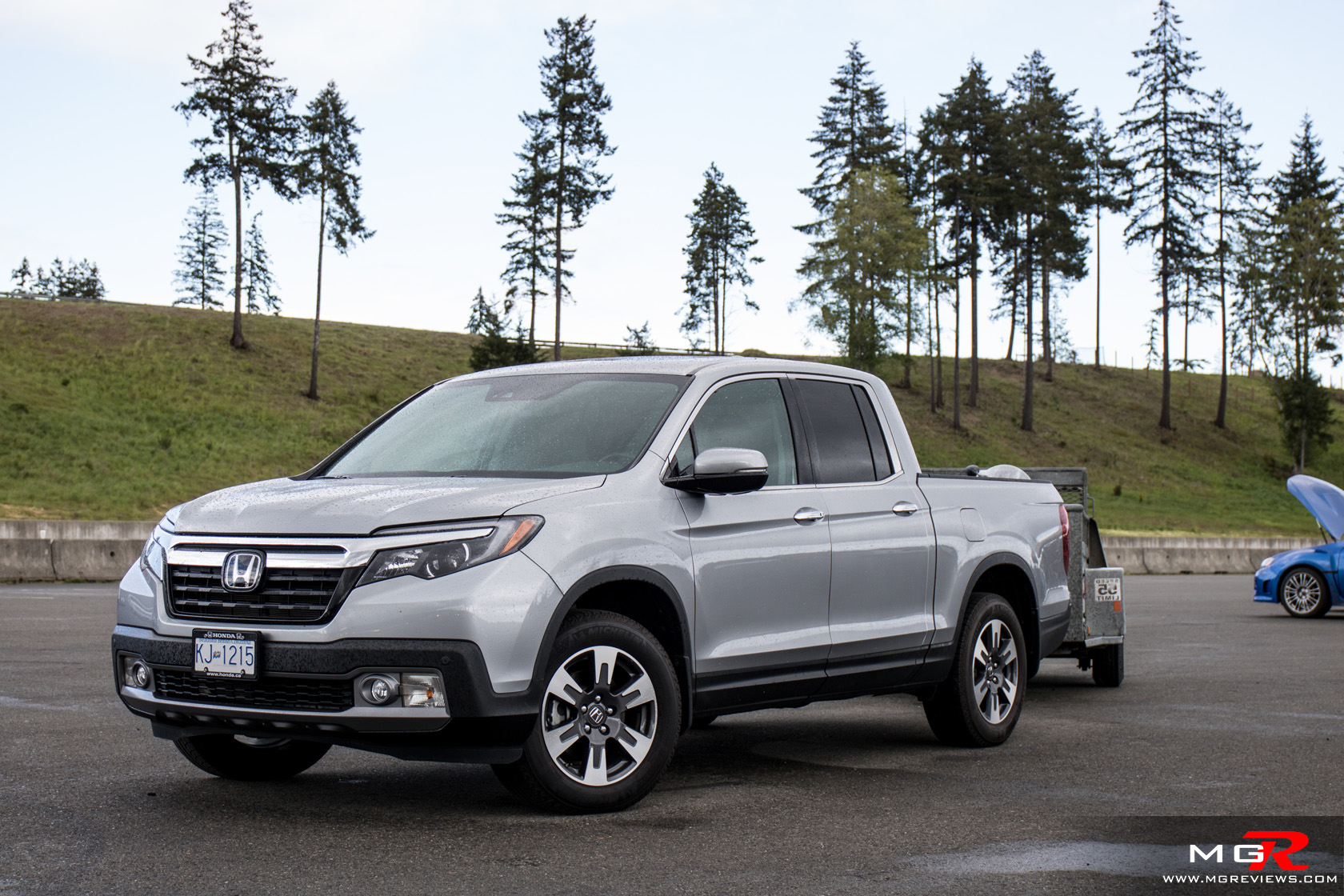 When the Honda Ridgeline was first introduced back in 2006, people were somewhat confused by it. Is it a midsize truck? Is it an SUV with a pickup bed? But as time went on, it became apparent that it was for those that wanted SUV-like comfort but the versatility of a pickup. Mind you, back then pickups were still very much lacking in the luxury and comfort department as modern day trucks are. For this year, Honda brought back the Ridgeline after a 2 year hiatus and it builds on it’s SUV-like comfort with pickup truck versatility. 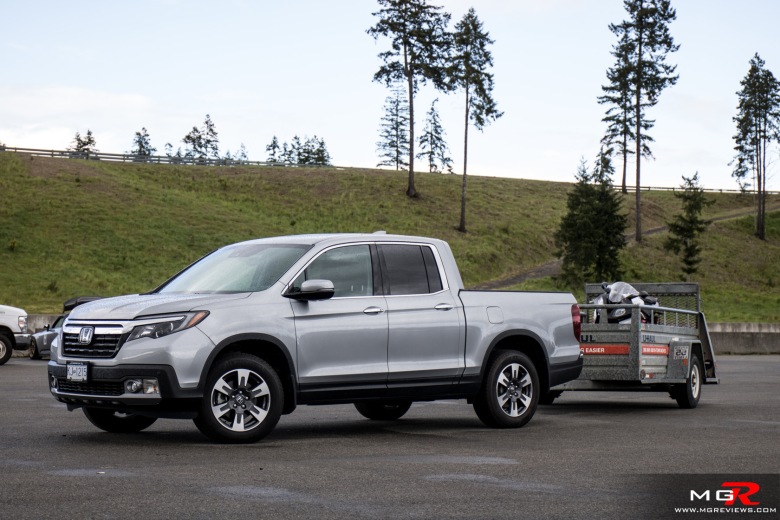 Engine – The Honda Ridgeline specs are more or less in tune with other midsize pickup trucks. It is powered by a 3.5L V6 producing 280hp and 262 lb-ft of torque with a 6-speed automatic transmission sending the power to all four wheels (US customers have a front-wheel-drive option). During my test period with the Ridgeline, I had to tow a trailer with two 400lb motorcycles and gear for approximately 700km. Over level highway driving the engine has more than enough grunt at lower rpms to get the Ridgeline moving. It’s when climbing long hills that the transmission needs to downshift to 4th gear (on some occasions) to keep the momentum and speed going.

Braking – The brakes feel midsize SUV-like with plenty of power to stop the Honda whether it’s empty or hauling almost 2000 lbs of cargo. Brake pedal is easy to modulate and felt firm even at the bottom of the longest or steepest hill that it went over.

Handling – Because the Honda Ridgeline has a unibody construction rather than a cab-on-frame construction like most other trucks, it is one of the best pickups to drive. Four wheel independent suspension and a sharp steering response make it stable and easy to drive for anyone on any road. It is however quite wide at two meters in width which makes it a bit harder to maneuver around tight parking lots. 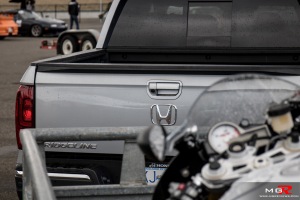 Capabilities – Towing is rated at 5000 lbs with maximum cargo at 1485 lbs for this Touring model. The cargo rating is similar to most other midsize pickups but the towing rating is on average 2000 lbs less than the competition. The Ridgeline’s lack of 4×4 with low range gearing, a solid rear axle, and box or C frame construction prevent it from having the 7000+ lb towing rating of the competition.

Ride Comfort – Due to its fully independent suspension, the Ridgeline doesn’t feel anything like a traditional pickup truck. Instead it drives smoothly over bumps and road imperfections without much body roll. The supportive seats add to the comfort by providing good padding for long distance trips.

Interior Design – Stepping in the Honda Ridgeline feels a lot like stepping in the Honda Pilot because it shares a lot of the interior design. The controls for the different features are positioned where you’d expect them to be; for example, the climate controls are not integrated into the infotainment but have separate physical buttons. The materials used in the cabin are soft to the touch and have a premium feel when compared to other pickups in this segment.

Features – This being a top of the line Touring trim, it is packed with every feature that can be equipped on the Ridgeline. Traditional features like heated seats, navigation, satellite radio, dual zone climate control, and so on are equipped on the Touring trim level as are Honda’s Sensing features which are designed to improve safety. The features work well with very few false alerts such as a blind spot alert when stationary. However adaptive cruise control is not the smoothest when towing nearly 2000 lbs of cargo.

Utility – The rear seats can be folded up to provide a lot of storage behind the front seats. There are also door pockets in each door and the center console is deep enough for taller water bottles or a small tablet. The bed has a lockable trunk that is spacious enough to accommodate quite a large cooler. The tailgate does not have a soft open feature that prevents it from slamming down when opening but it can also open sideways making loading or unloading of the bed more versatile.

Infotainment System – First off, there is no volume knob. Secondly, the infotainment system is updated for the 2017 model year but the touch screen is not as responsive as some of the competition. Also the graphics for the system still feel like they’re a decade old. Happily however, Apple CarPlay and Android Auto are compatible with the system so you can use those interfaces instead.

Price – An entry level Ridgeline will set you back $37,000 which is $1,500 less than a comparable Toyota Tacoma 4×4 but it’s $4,000 more than a comparable Chevrolet Colorado. However at that price, the Colorado has far fewer features than the Ridgeline. This Touring trim is at the expensive end of the spectrum at just over $47,000 whereas the competition is around the $42,000 to $45,000 range for their top trim models. Unless you really need all of the Honda Sensing features, the Sport or EX-L trim levels are better trim options to opt for rather than the fully loaded Touring.

Thank you to Honda Canada for providing the vehicle. www.Honda.ca