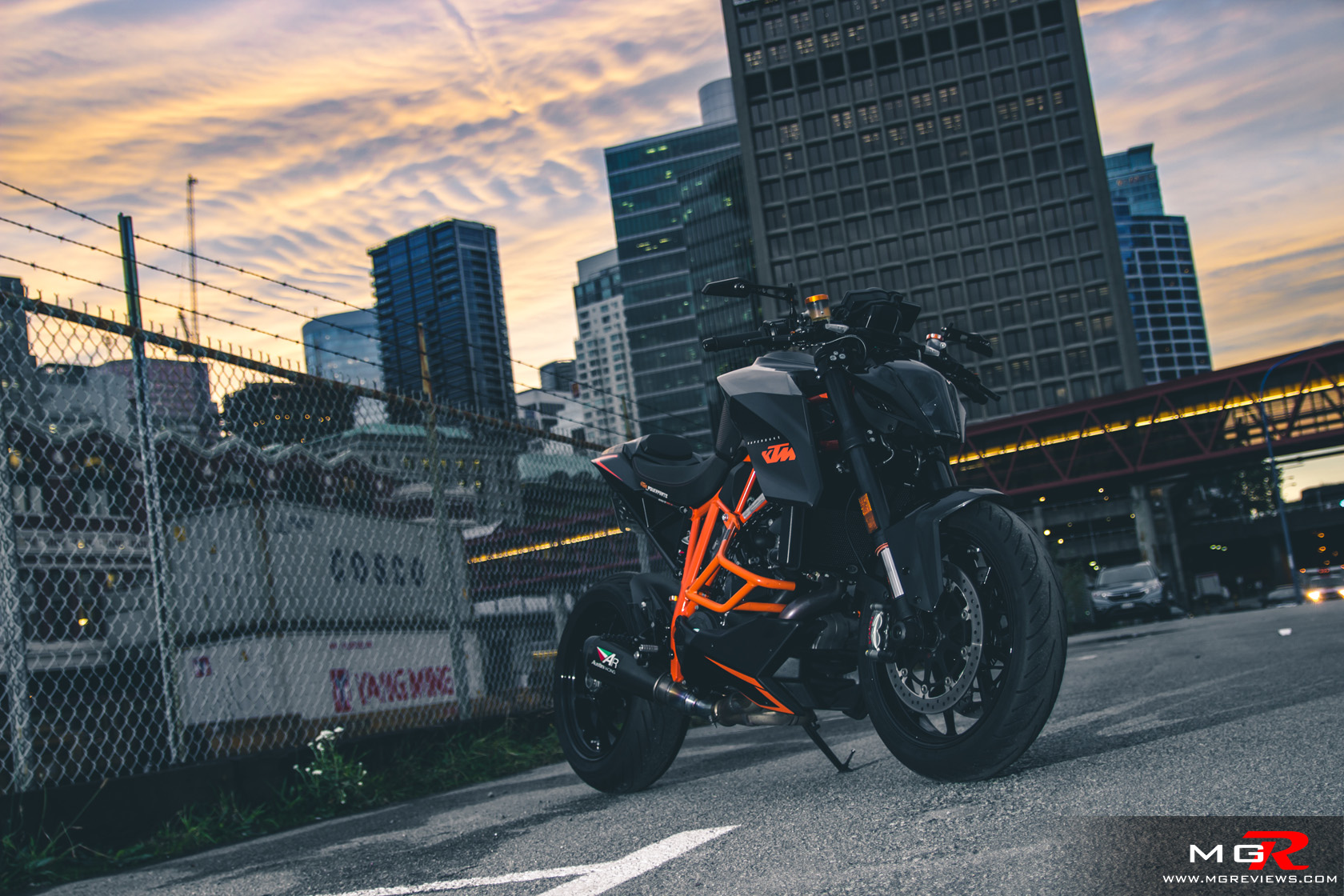 If you’re the type that thinks a Japanese inline-4 doesn’t offer enough fun and an Italian brute is just too expensive, the KTM is the alternative that you might be looking for. KTM is an Austrian company known for making off-road motorcycles and track specific vehicles but once in awhile they also make crazy fast street motorcycles. This 1290 Super Duke R is loosely based on the RC8 superbike but it’s had some major modifications to make it one of the fastest naked motorcycles on the road today.

Performance – As its name suggests, this is actually not a 1290cc displacement engine. It’s a bit higher at 1301cc but the power that it develops is phenomenal.  KTM claims a power output of 174 horsepower at the crank which puts it at the top of the super streetfighter class right along side the Aprilia Tuono 1100 V4 Factory. Obviously there are more powerful motorcycles out there but it’s the way this V-twin engine delivers its power that impresses most. Regardless of where your hand is on the throttle or where the needle is in the rpm range, when you ask for power the engine delivers. You immediately get a surge of acceleration through the lower and mid rev range but it’s once you go into the top end that it starts to feel like you’ve hit the afterburners. The KTM Super Duke R will accelerate faster than your brain can think about reacting to gear changes. As a result, you’ll inadvertently hit the rev limiter once in awhile.

When it comes to corners, it continues its street dominance. It takes very little effort to get the bike to turn into a corner. The slim design and lightweight handlebars give you the confidence to almost throw the bike into corners. Keeping it steady throughout the corner and as you exit may be a bit more tricky. The handlebars continuously require input from the rider to keep a clean line and if you’re too overzealous with the throttle, the massive torque from the engine can easily spin up the rear wheel as you exit a corner. But thankfully traction control is there to save you… in most situations. Braking is a breeze on the Super Duke thanks to a pair of Brembo 320mm discs up front and M90 calipers. You can apply a fairly violent braking force with just one finger on the brake lever. Brembo has done an amazing job with their M50 calipers whether they be on this KTM or a Ducati or a Triumph.

However it’s not without its faults. The throttle for instance is a bit too sensitive so applying or letting off the gas can be at times jerky, especially in city traffic. The Super Duke also comes with an electronics package that features ABS and traction control. It is relatively easy to use and move through the menus but it is not available with a quickshifter. Also the transmission can be a bit notchy and getting the Duke to hit neutral may take some attempts. Despite these two or three little niggles, the KTM Super Duke R is still a very potent machine. 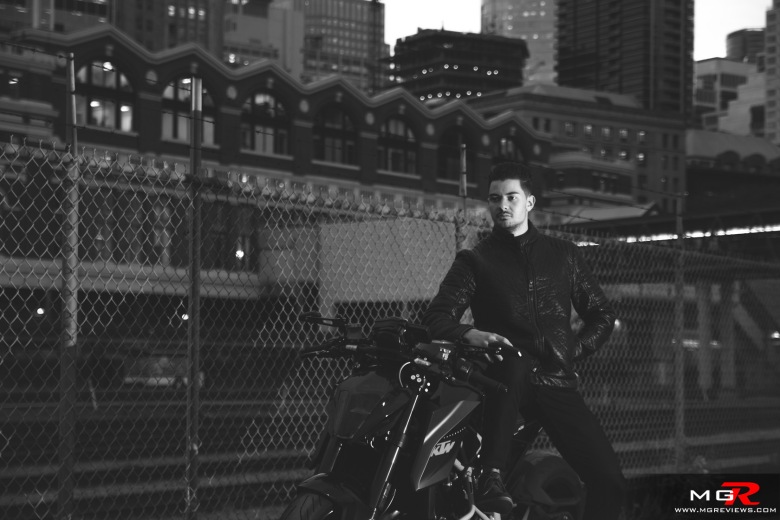 Comfort – But when you’re not riding like when your girlfriend says “my parents are not home”, the Super Duke R can be a comfortable daily commuter. While the engine does translate its vibrations through the handlebars and is not as smooth as a 4-cylinder engine, it is slightly smoother than a Ducati V-twin. Not to mention unlike the Ducati Monster 1200S, the exhaust system is not routed by your leg in an attempt to cook it by the time you reach your destination. 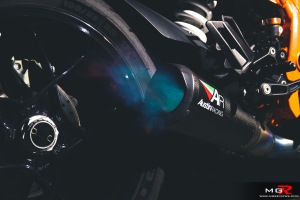 The riding position is fairly upright and the seat provides excellent support and cushion. Adding to a more comfortable back side is the suspension that not only manages to be firm enough around twisty mountain roads, but also soft enough to absorb bumps on city streets. One thing that this particular Super Duke will annoy passers by is the noise it makes. It’s not a bad noise, it’s just a very loud noise. The Austin Racing exhaust de-restricts the entire exhaust system and it can be heard from blocks away. Also it shoots blue flames that look really cool at night and in photos.

Odds and Ends – If you want a KTM 1290 Super Duke R that isn’t in orange, black, or white, then you’ll have to look elsewhere because it’s only available in those colours. These three colours are trademark colours for KTM so having anything other than orange, white and black would just not look right on a KTM. But regardless of colour, the Super Duke has one of the most aggressive stances on the roads today. Apart from a full fairing motorcycle, there are very few that can match the Duke in terms of how aggressive it looks just standing still.

When I first rode the Ducati Monster 1200S, I thought it was just that, a monster of a bike. But the KTM Super Duke R is on another level. It is a monster and then some. It’s mixture of endless power, intoxicating noise, daily comforts, and stupidly aggressive looks make it stand out from all other super streetfighter motorcycles. The only bikes that come close are the Aprilia Tuono V4 Factory and BMW S1000R so you’ll have to wait and see how the KTM stacks up against those bikes when I get the chance to ride them.

Thank you to the owner of the motorcycle for the opportunity to test ride and photograph it.