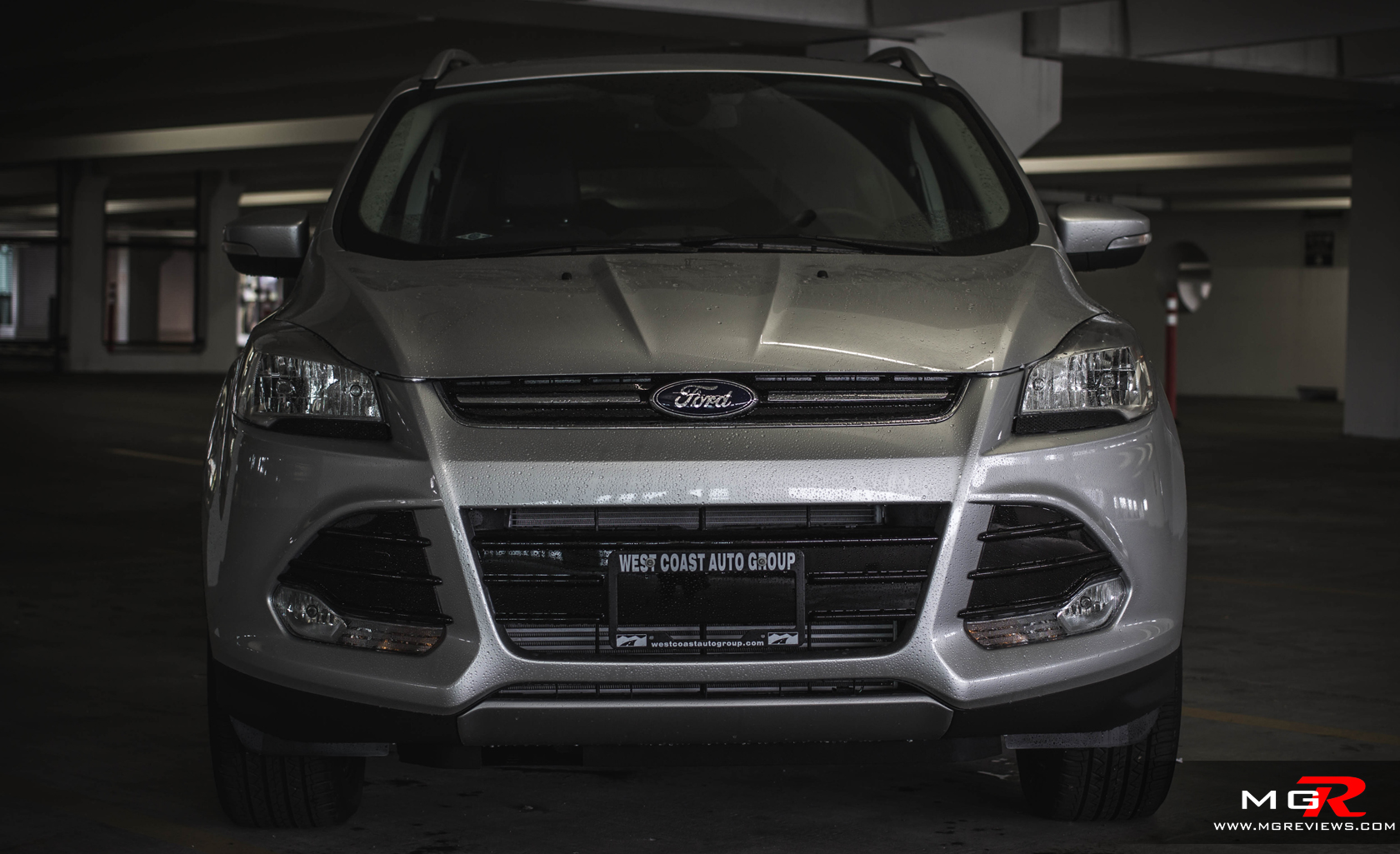 Completely redesigned last year, the 2014 Ford Escape sheds its box-like appearance and has become a crossover that is more in-tune with the technologies of 21st century.

Performance – One of those new technologies can be found in the new 2.0L turbocharged inline-4 cylinder engine that powers this Titanium trimmed model. The new engine utilizes direct injection fuel and Twin Cam Variable Valve Timing in an effort to improve fuel economy but maintain high power figures that are comparable to a 3.0L V6 engine. This 2.0L engine can achieve a fuel rating of 11.4L/100km in a city and 8.4L/100km on a highway while producing 240hp and 270 lb-ft of torque. If you think that fuel is too expensive these days and want to save more, the Escape is also available with two other engine options. A turbocharged 1.6L and a naturally aspirated 2.5L but the latter is only available with front wheel drive. I personally prefer this 2.0L engine because the fuel economy is on par with its competitors but it can also outperform most of its competition. The engine really does feel like it’s bigger than it actually is and there is power available throughout the rev range. The power goes to the road via Ford’s “Intelligent 4WD” system. When accelerating from a stop or when the wheels begin to slip, the system sends half the power to the front and half to the back wheels. But once the CUV reaches approximately 50km/h, the system only sends power to the front wheels to reduce fuel consumption.

Of all the crossovers that are available in the market today, the Ford Escape is one of the best handling small SUVs in this price range when compared to the competition. The steering is direct and responsive but also stable at highway cruising speeds. It could do with a bit more feel but that is in part due to the 50 profile ratio tires that are fitted to this particular test vehicle. I’d recommend opting for the 19” wheels with the lower profile tires for better steering feel and even better steering response through corners.

Comfort – The interior design of the new Escape is a gigantic leap forward compared with the previous generation. It no longer feels utilitarian but rather a futuristic and concept car-like design. The large screen in the center of the dash is accented by the large turn dial for the radio control. The instrument cluster and steering wheel look almost identical to the Ford Focus and Fiesta which further adds to the sportiness of the Ford Escape. My only complaint is that the steering wheel mounted controls for the radio should be mounted on the left side of the steering wheel rather than the right side.

The fit and finish of the interior is excellent. All of the buttons have a quality feel and the materials feel like those found on more expensive vehicles. The large panoramic roof gives the interior a sense of spaciousness with all of the light that bathes the cabin. Room is plentiful in the front seats and there is a large amount of head room but leg room is a bit tight for taller adults in the rear seats. Cargo space is average when compared to its competitors and the automatic open and close rear tailgate with a swipe of your foot may seem like a gimmick, but it is a nice feature when you’re holding things with both of your hands. 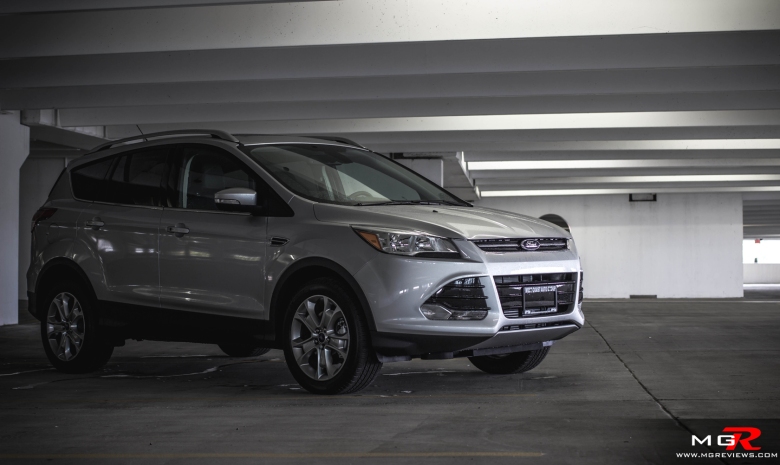 Odds and Ends – The last Ford Escape looked like a box with 4 wheels. This redesigned Escape takes a lot of inspiration from the current Ford Focus. The front bumper looks like a grown up version of that of the Focus and in fact the Escape is based on the same chassis as the Focus. This really is a sports crossover utility vehicle.